in Spanish, or a Lac de barrage

in French, is a body of water retained by a dam, i.e., what is known as a reservoir in English, reducing to its mere function something that deserves more respect and deference. The Spanish denomination appears to be the best one has it has a single word uniquely attached to the phenomenon, while the French one attaches a "complément d'objet indirect", which, if let aside, however raises the reservoir back as an equal with other "lakes". Often, in France, the retention keeps its name as the river or fleuve that provides it, maybe because it is never so big as in the Spanish case. For instance, an important and iconic lac de barrage for us is the one formed by the barrage de l'Aigle, which, however, is not a lake, but the Dordogne. 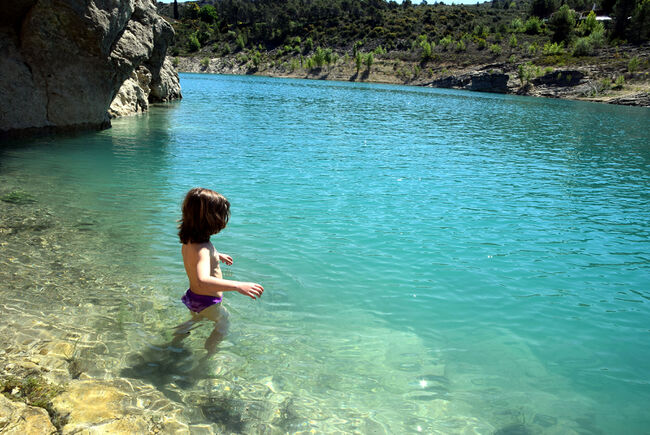