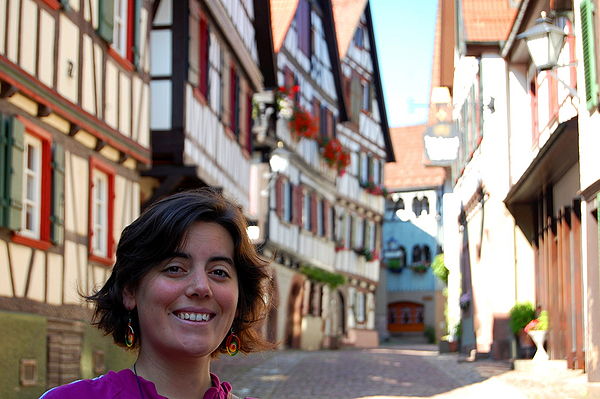 So, I try my best through different arts and crafts. At the moment, I live in Madrid with little Julia and Fabrice.