The network studied the physics of microcavity polaritons. Madrid provided essentially a theory support (Blanca was our Fermi of the group, doing everything).

Phone numbers are given by their UAM extension. From outside, prepend with:

"Starred people" are those who are still (or came back) with us but with a new (and higher) qualification. 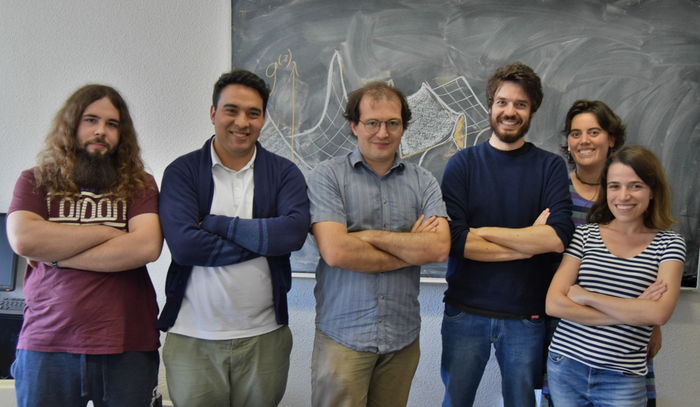