August is very hot in Madrid.

We'll spend most of it in the United States, though, one week in the ICPS conference (in Austin, Texas) where it probably is hotter still. Then another week of holidays in the Chicago area. 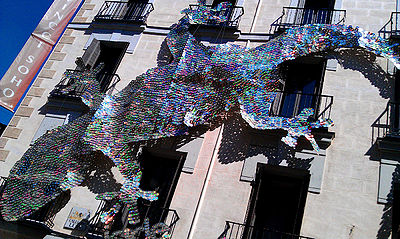 If you would prefer, like me, to stay by the Plaza Mayor with the Little People, then check Blooming, sneaking on la puerta de Gerona.

The score is, of course, Paco de Lucía's, namely, as you probably will have recognized: El Tempul, Almoraima, Danza de la Molinera and Solera.

These are some images captured on the same day to give some volume to the timelapse.