The bliki is a blog provided by a wiki.

This is the technology we shall be using on laussy.org from now on. We initially used own-cooked php scripts, then later upgraded to a dedicated weblog engine, WordPress, but as we later relied increasingly on MediaWiki that is powering the rest of our web, there came a strong urge of uniformity and homogeneity.

It is a pain to maintain two engines separately. Now everything is covered by the wiki. Previously, if I wanted to refer from one part (say the blog, like in the present case) to the other (thus, the wiki), I had to make an external link. This is painful for me to write and it appears as an external link to you, that is, like this rather than like this. What I wrote here is:

It is also, in my view of how our website should be, not convenient for search, categorization, indexing, etc.

Another typical annoyance is that once you have found (and possibly patched) a nice tool to service one part of your web, it's excruciatingly upsetting to lack it on the other part. Say you want to play a mp3:

I used this functionality the first time to pay tribute to Goraguer (this link refers to my old blog, now it would go to a previous post). Later I also wanted it on the wiki. All the job had to be done again. Now, although I'm blogging, the above link comes from my favourites (which is part of the wiki, not the blog).

Some tools would be readily available on both platforms, such as the wonderful Dew player which you have just clicked a few seconds ago (update: not anymore since Flash's been kicked out of the internet, now this is HTML5). This is an exception rather than the rule. Often, even if you're ready to do everything twice, one interface has a great component and the other lacks it or it sucks. Many tools are better from MediaWiki. This is the case for instance of Google maps. Say, if I want to show you where we live, I'd show you this, just because I can:

<googlemap version="0.9" lat="48.24754" lon="11.659241" type="satellite" zoom="11" zoom="11" width="730" height="600" controls="none"> 48.247004, 11.648383 +Where we live! </googlemap> In this wide area, you see us as a point lost in the fields. The elongated mantle of forest on the right is the forest of the Isar (when I asked the name, I was told of a German construction of how to call such a case, which has no proper name, apparently, or one that is not well known). The Isar is of course the river, that you also see curling and straightening up as it pierces into the big megapolis below, which is Munich. The part of the forest that evaporates as it enters the city is the famous Englischer Garten. It's a nice bike ride from where we live, below the arrow (which is Garching, by the way) downtown, through the forest and along the river. You typically stop for a radler in one of the Biergarten on your way to Marienplatz. The huge lake on the right is the Speichersee, a reservoir, you can't swim there but it's still a nice place to go. You can swim in other (and closer to us) See. You'll see that if you zoom, which you can with the wheel of the mouse. Apparently, you can also swim in the Isar. The huge ensemble at the top-right is the airport, and the ugly scar in the belly of Munich, in the bottom-part, is the spot reserved for the Oktoberfest. Those are the main facts of our current whereabouts, nicely illustrated and detailed in two minutes, thanks to the incredibly powerful tools the web is bringing us. In WordPress however, google map extensions are not flexible, I could never center them, for instance, let alone resize them as I wish (which is not only fullscreen, see for instance my pages on Great Britain or on Iona). Positioning is also worst and not consistent with the wiki. Images, particularly galleries, are a universal affliction. Sadly, facebook has some of the best support I know for that. WordPress has a lot of sophisticated extensions which, in the end, however seemingly powerful, give no end of trouble for rather poor results, sometimes catastrophic. MediaWiki's scheme is not good enough, it doesn't support zoom, slideshows, etc. but it's simple and does the job okay. Here below is a picture of the Isar, with its sandy waters: 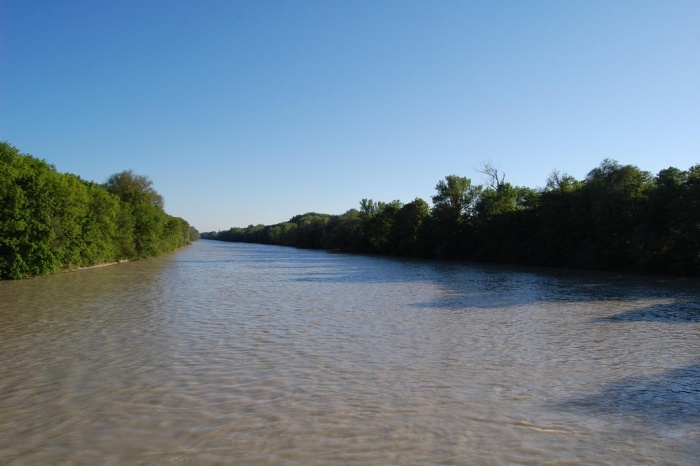 A crucial point is, it's not wysiwig. All the underlying specifications are available in a compact and clear fashion. Take this example, from My novels reading list for 2010 #2:

It finally does not even appear in the visual as it does in the final version, but never mind. It's usually a pain to have the images in the order you want. It could break synchronization with their zoomed version, for instance. The HTML (not wysiwyg) version is a total mess. Theres is no good compromise between the wysiwyg and the low-level code. The wiki, on the other hand, goes simply:

and as it's clean plain text, no fear that what I write in will get converted to something else (it often happens with WordPress that you solve a problem by hand, which is completely lost if you revert to the visual mode which will reformat everything).

There are other extensions, for WordPress (a huge). One would change all the HTML nightmare into:

and postpone the difficulty in another window with a lot of fanciful menus and popups that would still, finally, take me ages to merely upload and display two images. 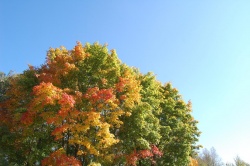 Colors of Bavaria in autumn.

Greater flexibility, better incorporation with the rest of the site and easier maintenance (less than half of the work), those are the advantages of the Bliki way! I didn't see much disadvantages so far. It's less sophisticated than a fully dedicated engine but as I argued above, I'm not sure this doesn't go in the list of advantages. It might lack little functionalities, but not so much thanks from the efforts of Juliano and his great extension WikiLog that I use for the blogging purpose. For instance, I loose voting abilities, but this wasn't really a useful resource in my case, nobody ever voted anything but 5. I'm not sure what it's supposed to show but that certainly doesn't excite me very much to retain such an option. Elena didn't even want it. I am much more excited by the potential of a coherent, wiki-based, multi-purposes content manager.

So here we go, the bliki way.