Bavaria is the biggest and most picturesque part of Germany, on the South-East, looking pretty much like a child would imagine a country: wild mountains of stunning beauty sitting on unending green fields grazed by cows and crossed by rivers of transparent waters, fried potatoes, sausages of all colors and tastes (including white ones), sugary mustard and Bretzen (plus Beer for adults) everywhere, with huts in the fields or fairy-tale colorful houses as cities, all under a blue sky with occasional whitish, again childish-looking, clouds. This is a very different Deutschland than the Prussian one in the north. 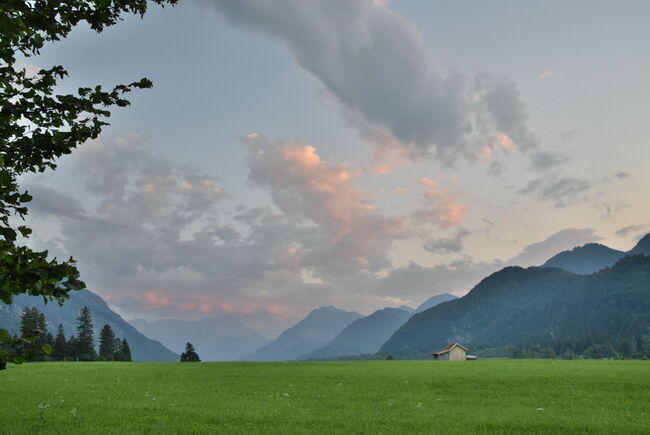 We lived in Bavaria from July (2010) to September (2013) (in Garching, nearby Munich, in fact in German the place is literally called Garching bei München). We also lived two months (July-August (2022) in Schwabing.

We took advantage of the location for getting to grip with hiking in the Alps.

Aying is a small village south of Munich, known for its Brewery.

Still to do in Bavaria