The Mollow triplet (also known as dynamic [or AC] Stark effect), named after Benjamin Mollow who first provided the exact result, at and out of resonance, is the lineshape of a two-level system under a strong driving field. This is one of our favorite objects.

The name comes as a deserved tribute to Mollow's first exact as well as insightful derivation of the correct lineshape. This was no little achievement if one considers the considerable amount of controversy that surrounded the nature of the emission:

disagreement has been considerable and even extends to such gross features as the general shape of the spectrum.
—Carmichael & Walls[1]

The paper itself is a gift from at least providence, published on Christmas 1969 on page also 1969, and the first one of volume 188: 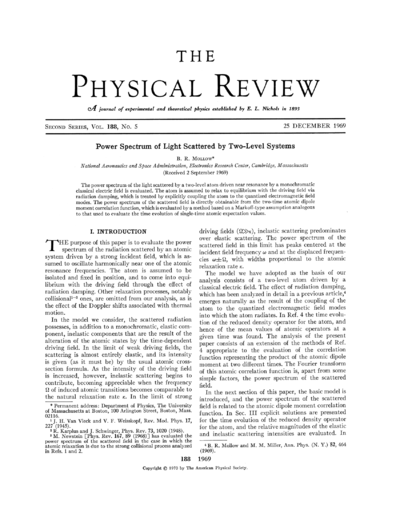 Its first experimental observation was made by Schuda et al.[2] in sodium vapour (although, at resonance, their "triplet" is not fully split even at their highest power). 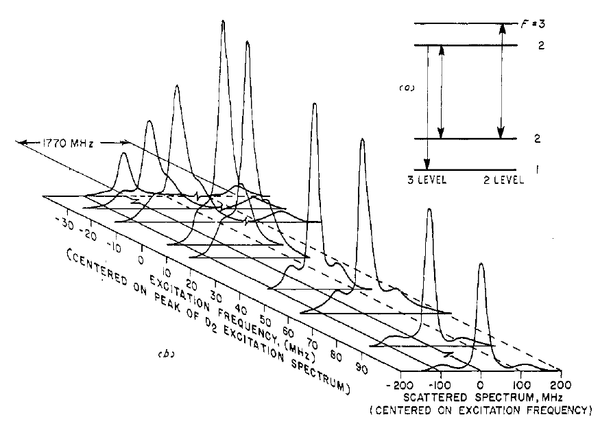 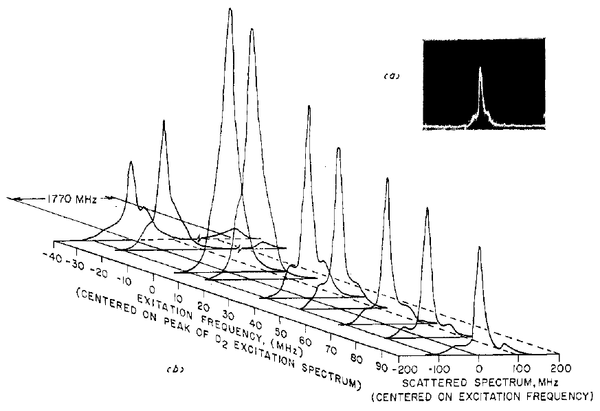 The second Author, Carlos Stroud Jr., was a theorist who had a fully-quantized version for the lineshape (as opposed to Mollow's semiclassical one), and one can read some opposition to semiclassical models, although those of optical nutation, not that of Mollow (who is just cited without further comments). This passage is particularly interesting:

Because of the importance of spontaneous emission in this problem, some of the theoretical attempts to predict the spectrum have used quantum electrodynamics (Stroud 1973). Unfortunately, because of the difficulty of the QED calculations, they have been carried out only for the initial transient regime; the long term solutions are unknown. There may or may not be a ‘saturation steady-state limit’ as in semiclassical theory (Brewer and Shoemaker 1973). The results of these calculations predict a spectrum qualitatively similar to that measured above but differing in some respects. In particular the predicted ratio of the heights of the central peak to the sidebands is 2:l at resonance (Stroud 1973). Secondly, the areas under the side-bands are predicted to differ from each other appreciably for the detunings studied, whereas experimentally they appeared nearly equal when the laser was tuned to the high frequency side of the transition.

While Stroud's result received some support, even when including multiphoton processes[3], it was clarified by Hassan and Bullough[4] that the semiclassical approximation is however correct and that the problem was with a one-photon approximation.

Schuda's setup was refined by Walthers and friends (R. Schieder, W. Hartig and V. Wilke)[5] still on sodium but on a different transition to yield these Mollow triplets (this time with a splitting at resonance): 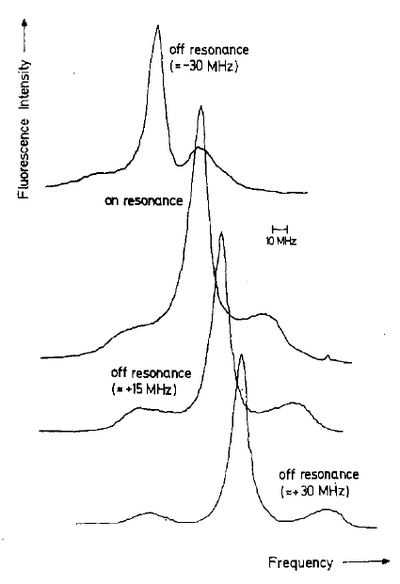 The shape is mesmerizing:

The curious feature of the spectrum is that neither the widths nor the heights of the side peaks are the same as that of the central peak.
—J. H. Eberly, [7]