Now I am become Death, the destroyer of worlds

If Van Gogh would have seen the world we now live in, after cutting off one ear, he would have poked one eye out. 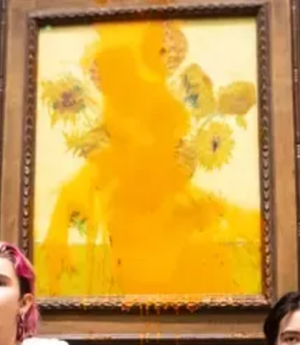 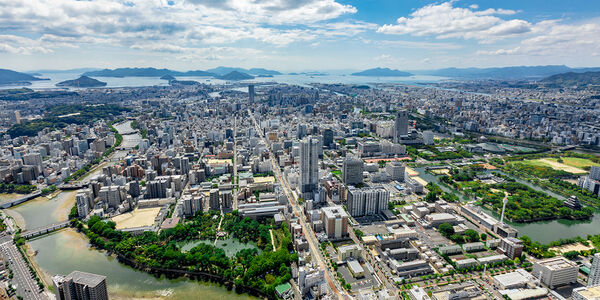 When I visited its ground zero—which made a point to keep alive a lasting memory of what happened there—it was nevertheless cheering with life, spring and forgiveness. To a child who doesn't know, or to someone who doesn't care, or to those who prefer to duck the issue and look elsewhere, it could look like everything has always been, indeed, ducky, that it's okay now and will always be fine from now onward.

Anyone who has suffered a trauma will tell you, however, that the scar is in what we know, in the fact that it happened, not in the traces that remained, especially if none did.

Who walks in Hiroshima should indeed feel the shivering of the original sin, timeless and pervading, going through times and everybody alike, accompanying us from the dawn of till the final firework, from the scriptures to their last chapter, from the α to the Ω.

So Van Gogh's masterpiece, which he painted along with other sunflowers to impress his friend Gauguin, was not irretrievably lost, on this occasion. But with our attitude, it will be at some point. If not this, and if for something less shallow than two activists seeking attention and virtue signaling, but, instead, any other jewel of our common history, say, the Rosetta stone, or the full British museum, or Big Ben or the full of London, if that is "sacrificed" for something more important, urgent and palpable, like geopolitics and an ongoing armed conflict, don't we lose everything anyway?

On European soil, we have lost Dresden and Köln and much of Germany in a recent bout of destruction. Their reconstructions, even if they would have been successful—which they were not—do not atone for the crimes and did not bring back the original blessing. There is something dead in me about these places, that died before I was even born.

We are now heading toward another wave of such great destructions. First industrial infrastructures, like pipelines crossing the seas to carry gas (this is done already) and at some point the impressive network, that we take for granted, crossing the oceans to carry information. Then civil infrastructures, like bridges, such as the Kerch masterpiece (this is also done already) and then the Bosphorus bridge, or the Golden Gate, or the Tower Bridge, the Siosepol bridge, the Pont Neuf... they will not be the first to go, of course, it will start with roads, railways, airports and in distant places. When it escalates from there to here, from then to now, who can tell if it will go one monument at a time or one city at a time?

And what will be the most painful? The loss itself, or the rejoicing from «la grande armée des gens» of Jules Clarétie who will cheer when the other side will get a hit and rage for revenge when their side will get it? If we would all be, together, lamenting the sorry path that we are led to follow, led by an instinctive, collective and inalienable surge of self-destruction, at least we would commit suicide in style, with a bit of dignity and room for introspection. But that most of us actually want to rush to the Armageddon, thinking this is the rightful and necessary way forward, that we must take the weapons, unleash our wrath and vengeance, punish and then destroy the enemy, that only makes our downfall an exercise in idiocy.

While waiting for the generalized, military-scale devastation, an increasing number of people seek an increasing amount of destruction. There is a need, an appeal of many to smash things around, break stuff, damage and hurt, themselves too in the process. I am writing these short impressions on the pretense of the defacing of a painting, but this range from spilling milk to smashing urban furniture, up to unmaterial principles, like traditions or only definitions, appearances, vocabulary, etc. So far it looks fairly innocuous. But the small stain on the outer skin shows that the whole fruit is rotten. This large number of people is now ripe to witness the collapse of buildings, the destruction of landmarks and the wiping out of entire cities that host them.

Interestingly, the few outspoken people against war, demanding de-escalation, happen to be those that create something. At their head, one thus finds the person who most profoundly and quickly changes the world for the better, Elon Musk, who made a lot of bitter and immediate enemies by evoking Ukraine-Russia Peace (!?) 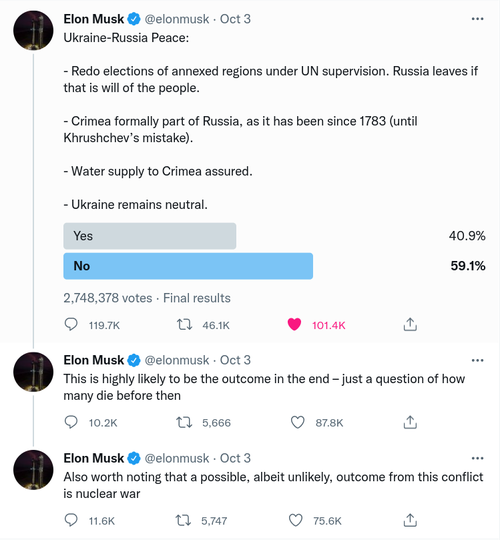 The ultimate humane creator is the woman, who gives birth, and mothers have been known throughout cultures and times to be the hardest peace supporters.

I am not even discussing the horrible crimes committed on people themselves, which are becoming both commonplace and unheard of (mass shooting in a nursery, organ harvesting on a child in the stairs on her way back home...) I am not ready to confront such a topic, even though it is in line in the coming program of destruction.

So far, it seems that, not able to hurry the destruction at an industrial and military level, an increasing number of people still want to get started locally, by destroying whatever they have that is pretty and valuable, with their own hands. Arguing, of course, of their goodwill, good intentions, higher motives, justified ones, whatever...

And of course, in such a context, the prospect of a world war is enthralling them. Then things will get serious, then actual destruction can take place, then one can exult with good sentiments of finally clearing up what's wrong in the world, by destroying it.

There is, on the opposite, only one rational, humane, courageous, responsible way forward to confront all that is wrong: it starts with refusing a direct armed conflict between great powers, to stop the escalation that is bringing us there, to turn the other cheek if it comes to that. Then one must, with understanding and pragmatism, collectively, with good faith, turn to diplomacy, compromises, negotiations and mutual understanding and embracing. It is not true that one side is good and the other is evil, that one is entitled to win and the other be destroyed. We must care for everybody. We must stop the escalation before it gathers such momentum that it will be unstoppable, even when everybody will want it to.

There must be no war with Russia. There can't be a war with Russia. Or China. Or whoever will turn boasting politics into World War III. The wars with those who were not able to fight back, Iraq, Lybia, Afghanistan, etc., there are countless of them, they eventually led us there. So these should not have happened either. But cowardice and shame allowed us to live through them.

This time, the coming war will demand much more than that: it will demand our way of life, our economy, our cities, our monuments, our treasures, our people, our friends, our families, our children, up to our very existence.

An armed conflict with the other great powers must be the last thing to happen, indeed, might be the last thing to happen. Territorial claims are meaningless in comparison to the wave of destruction that will follow. It is a grave mistake to think that we will only be witnesses to what is coming. We will be directly part of it. All of us. Each one of us. When our direct involvement will make us realize that this was not worth the price, it will be too late.

If it is already too late, and if we, if some, survive what's coming, then the infrastructures and the cities will eventually be reconstructed. The Kerch bridge already is. But the people will remain dead, and those who live it through will be forever shattered among ruins where will be buried for good the Girasols of van Gogh, and pretty much everything else. We will have to be reborn in these modern cities that are a torment to the soul. The only thing untouched in the rubbles will be the sure knowledge that whatever was not irretrievably lost on this one, will be awaiting the next frenzy of destruction.

Maybe the damages will not extend so far as to wipe out cities that people knew of before they heard about Kherson and Kharkiv. My understanding is that most people today believe this natural but foolish illusion, that it will be contained, somehow. In case of a direct conflict, there is no doubt that the level of destruction will be unheard of, on a planet that has known World War II as not even the worst event of generalized demolition. And if not this time, if not in Winter 2022 or Autumn 2023, but if in ten years or in 2045, does it really matter?

Now I am become Death, the destroyer of worlds.

For many people at the time, it was clear that doom was impending. We dodged it for some time, and so we got convinced that we were out of danger, immortal in front of the nuclear fire since we could subdue it for almost 80 years now. What a childish mistake, what a presumptuous blunder. Our survival will really have been an exercise in idiocy.