This page is among our 'good articles'. It should/could be further expanded but we hope that it will still be useful in its present stage.

Asturias, the kingdom of A and Ω, is the anchor of non-muslim Spain, as it never was fully conquered thanks to its remote location and mountainous landscapes. After upset Muslims blundered there (in the battle of Covadonga) trying to submit Pelayo for lack of invading the Franks, Asturias became the starting point for the reconquista. 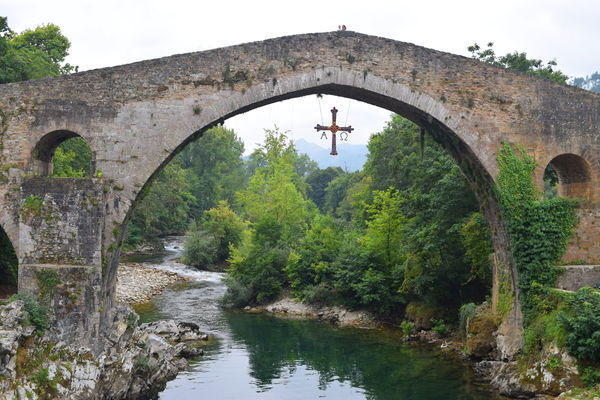 Elena's parents bought a little house there. This is therefore a place we have plenty of occasions to explore. Asturias has everything: mountains (in particular the Picos de Europa) and sea, with the bit of the Atlantic ocean that borders it on the North known as, in Spanish, the mar cantabrico (Golfe de Gasgogne in French, Bay of Biscay in English). Its gastronomy includes cider and the Fabada Asturiana, but is also rich from cheese (especially the Cabrales), apples and honey.