Saint Floret is a commune of Puy-de-Dôme, which we visited on 25 December (2019). becom 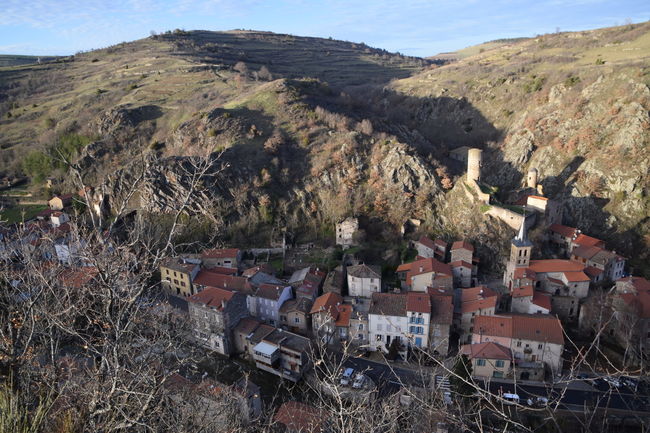 The river, la Couze Pavin, that runs through the village originates from the Lac Pavin. Couze means "surging river" (

rivière torrentueuse) and this is indeed the case of this one, which makes a deafening noise and, although a small river, flows at great if not scary speed. It goes through Issoire where it becomes more tame, before going into the Allier. The bridge in Saint Floret that crosses over these treacherous water hosts a virgin, as is the case also in Saurier, to protect it as per medieval tradition. This one, Notre-Dame du Pont, is a XIIIth century polychrome, possibly a black virgin.

The most iconic feature of Saint Floret is certainly its Donjon, built in the XIIIth century by the Dauphin d'Auvergne, who was cast away there following a family row, on this territory of "Puys and Couzes", where he, to pass time, built various donjons and fortresses. Its circular shape, of the "Philippéen" type, is archetypical in Auvergne (see Montpeyroux, Champeix, Grandeyrolles, Vodable, Chalus, Tournoël, Léotoing, La Sauvetat). 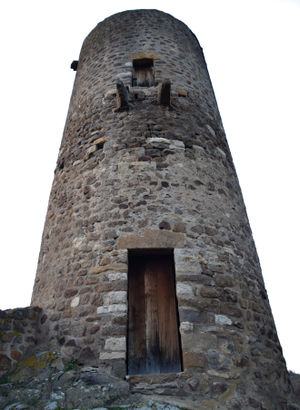