Montpeyroux is a beautiful village in Puy-de-Dôme, France, noted for its tower (le donjon) which makes it straightforwardly identifiable from the highway, and its overall look, cast in the local stone (arkose, known as the "golden sandstone"). We visited it with Elena on 15 April (2006). 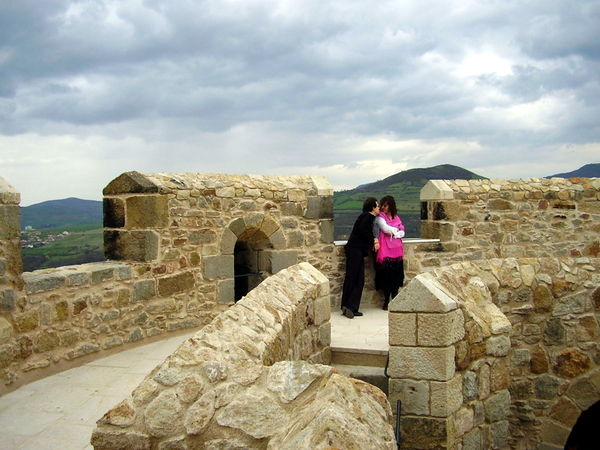