Julia passed her ultimate exam before birth this morning in La Paz, the fairy tale hospital by the gigantic towers. This was to monitor her heartbeat (Cardiotocography, what they call here "monitores"

) and everything seems to progress according to plan. 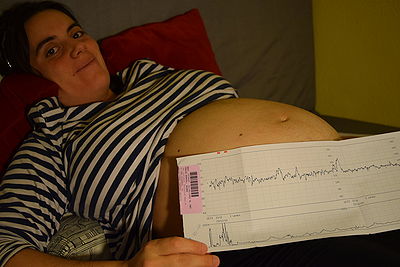 At the same time, we're getting ready to move, we've now packed almost everything & tomorrow we'll do the bulk of the transportation from Madrid to Tres Cantos, which could be fun as moving furniture from Sol on essentially New Year's Eve is certainly an activity unheard of in a place that becomes one of the most crowded in the world. It's not that we are especially fond of such absurd challenges, it's due to the landlord having changed his mind at the last minute on the option of buying the bulky ones (sofa, chairs, etc.), which had been his word all the way through. He now prefers to sell the flat instead of renting it, so if you're interested in the prospect of having a flat by the Plaza Mayor, stay alert of the market, as Mayorcita is about to enter it. Of the 225 flats available in Sol from the idealista at the time of writing, one only fits a similar description (close enough to the Plaza itself, with a direct view although for some reason they only show the towers).

As for us, we're almost gone already. The Plaza Mayor became really ugly with the reforms in the snowless Christmas of Madrid. It looks like a "polvorón mojado", still in its wrapping paper.

Still, we'll be sad to leave. These are some pictures of Elena and Julia taking one of their last strolls: