Of all the means of travels, the boat is probably the most romantic, the most adventurous and the most agreeable one. But it takes a Captain to drive a boat. Unless you are happy with a little boat. The narrow-boat is probably the larger type of boat you can manoeuvre without prohibitive qualifications. In England, the extent of navigable rivers and canals is considerable. We have always contemplated to cruise the country in this way. In August 2017, we jumped aboard and lifted the anchor, and on no less than one of our favourite river: the Severn. 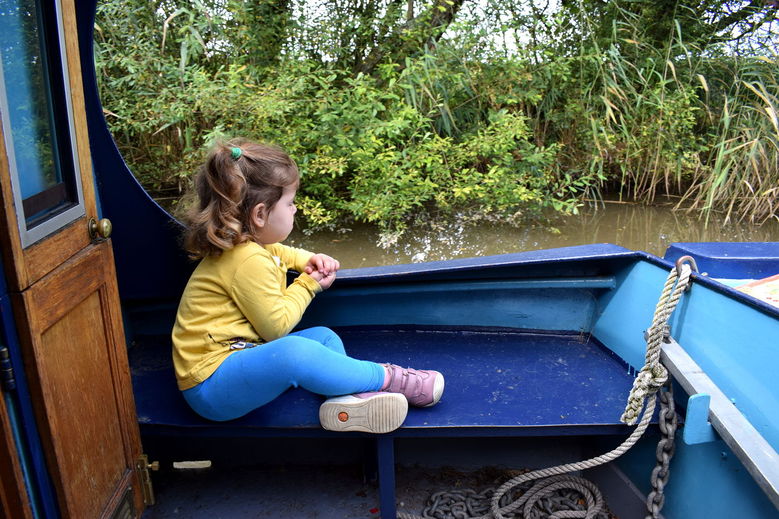 Our maiden trip of Narrow-boating in August (2017), took us down the Severn from Stourport-on-Severn to Worcester, then on its canal up to that of Droitwich, which brought us back upstream to the Severn and back to our base (with a tiny incursion on the Kidderminster canal).

You can download the GPX file for this trip.

First day: From Stourport-on-Severn to Worcester

We took our boat (the Western Star) with some basic instructions and even more basic explications from someone of the company, called Julia, who helped us exit the canal from Stourport, and we thus found ourselves on the Severn even before we knew it. It was great excitement, and everything went smoothly, including the passing of three locks (Lincomb, Holt and Bevere), which were man-operated. Although we initially got scared we wouldn't arrive to Worcester in time, it was actually very fast. It took us roughly 2h30 to get there, with an average speed of almost 12km/h. We quickly got sight of Guille who was waiting for us from the bridge and had spotted us as well even earlier. Our first attempt to fetch him was unsuccessful, as we couldn't get the boat close enough from the quay while still managing to get it stuck to something. After a good fright, and quickly understanding we were surely doing something wrong as our little operation was attracting much attention from people from the bridge, we managed to to free ourselves, and went down the river looking for a more steady mooring spot. We found one at Diglis junction, where we could recover Guille. It was unsuitable to moor for the night, however, and we didn't feel ready to enter the canal. We thus went back upstream and moored between the stone and the railway bridges.

Second day: In the Worcester canal

On our second day, we did little sailing (about two hours), as we spent most of the time to visit the historically important city of Worcester. We then too the boat back to the Diglis junction, with which we were already experienced from the previous day, but now had to leave the river to get into the canal, known at this point as the Worcester and Birmingham canal. We then had much delight and emotion passing through the Commandery (remembering fondly the little dog). We stopped earlier than we could have, at the so-called Landsdown Park, precisely because it was a park with a children's playground where Julia could take a break. We walked around after dinner (on the boat), thinking were were very far from the city, when we were actually very close, in fact about a kilometre in straight line from our previous mooring point. This is an interesting feature that this otherwise featureless spot became one of much significance to us. I still remember the two tall trees that I visited a couple of times both before going to sleep and before departing again in the morning.

Day 3: From the Worcester to the Droitwich canal

Day 4: from the Droitwich canal back to the Severn 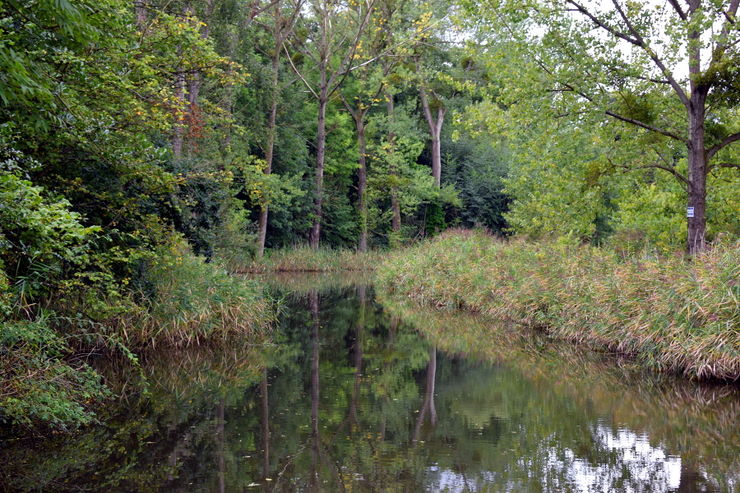 Our last day of canal-boating was probably the most scenic one, with beautiful views.