One of our most cherished activity is to tour the World, major destinations and small places alike, we want to go Everywhere. To do so, the car is the most natural option, but this brings the problem of the accommodation that rythm your exploration. One appealing solution is that adopted since the dawn of times by the Gipsies. Interestingly, such groups are even called 'Travellers' in the UK. For the settled amateur like us, caravan We finally decided to hire a campervan! 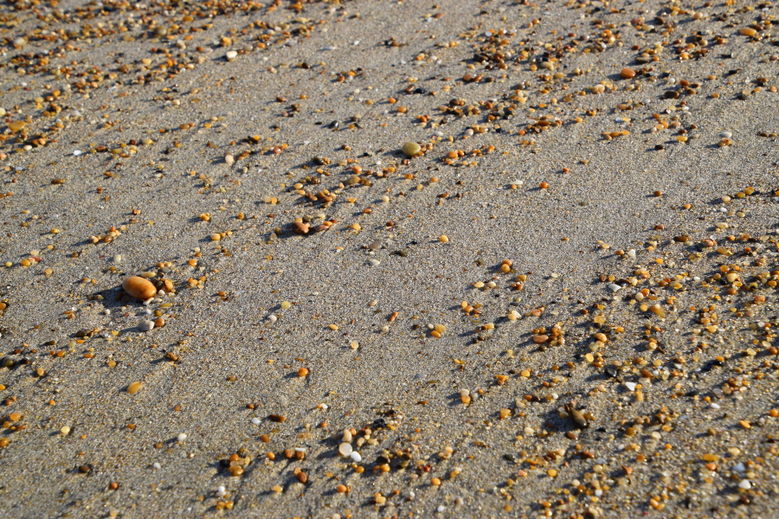 17h32-19h39 — Our first stop was conjectural, where we happened to be at the time where a coffee was very much wanting. Elena spotted a place of high-cultural interest, which happened to host one of the best examples of Spanish romanic art: the Ermita de Nuestra Señora del Valle. 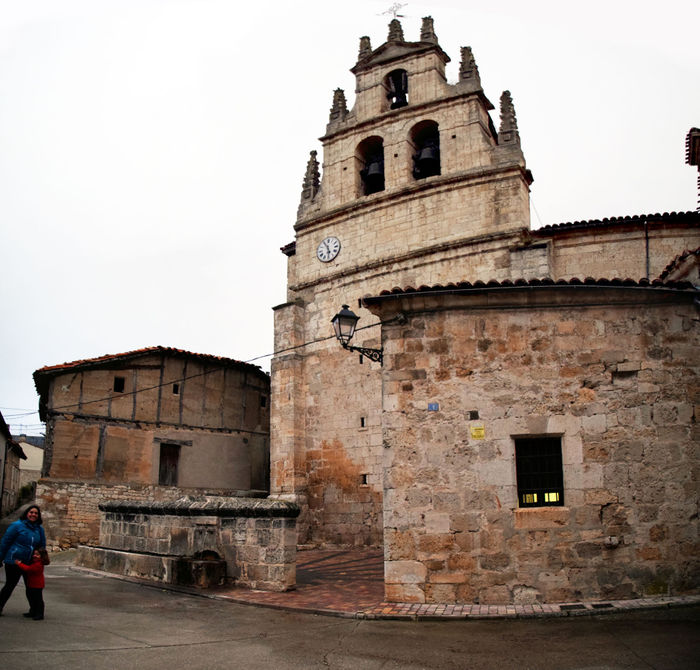 This was known as Tritium during the Roman era, a place where the autochthone Iberian tribe of Autrigones was located (according to the Antonine Itinerary, the book compiling the Roman roads). The village is peculiar, it has a stream that crosses through the houses. It also features the remains of a castle, high-perched on the mountains, which was as much out of reach for us as it used to be for the past generations when it was not a ruin. The village is also extended into several parts, with the main attraction, the Ermita, to be found at one extreme end. In between, the Santa Marina neighbourhood, also features a noteworthy (eponymous) church, although it was too dark for us to enjoy the building, but we spent some time with Julia making good use of its playground, which was quite a feast since a slide in the night is quite an intimidating sight, as Fabrice, who had to bring his company for the first try, can confirm. Not retained by the darkness, she even went down head first, the first time she tried such a variation of an otherwise familiar attraction. The activity was taking place under a beautiful full moon, swimming in a violet sky. After that, we headed directly for our first nightly stop, in France already.

11h10-12h43 — We decided to spend our first night by the sea, just because we could! We parked in the Rue d'Élissacilio (whom this is named after, we don't know) in Hendaye, which is a few steps from the beach, known as the Plage des deux Jumeaux. Elena did her yoga while Julia and Fabrice explored the rightmost end of the beach, where the corniche Basque begins. They found some quicksands there.

13h00-15h56 — After the beach, we went to visit the domain of the Basque Humboldt, i.e., Antoine d'Abbadie, an explorer who specialised in Basque and Ethiopian cultures. The castle he had built (by Violet le duc) on the Basque corniche (he used to own pretty much all of it in the area) is replete with details, carefully crated cultural references, symbols, etc., and is thus a delight to visit. It is literally a temple of exploration. Sadly the interiors cannot be photographed, so we can only show you the exteriors. They have an air of Neuschwanstein interiors (and he celebrated his wedding in Bavaria) but our guide told us there was no connection). They are bringing together both hard sciences (astronomy, this is officially an observatory) and religion (it has a chapel nicely and naturally integrating itself in the castle), as this one precisely one of his endeavours, to demonstrate scientifically the existence of God. This attempt alone shows how peculiar a character Antoine was. He attempted a delicate experiment to measure the refraction of the atmosphere by embedding a gigantic telescope (for the size of the tube, not of the lenses) cast in the castle itself, pointing at the iconic mountain la Rhune, which gives its best profile to the castle. This failed attempt brought the most delightful detail to the domain: the last hole got carved around it this Basque inscription: Ez ikusi, Ez ikasi. I saw nothing. I learned nothing. The other life-missions he pursued (Basque and Ethiopia) would similarly be regarded as equally fated by many, hence the little recognition such a greatly inspired and uniquely motivated explorer received, would it be not for his castle, which he donated to the Académie des Sciences, lacking any heirs despite a happy marriage.

16h20-17h48 — On our way towards Issoire, trying to make a detour by the Basque Corniche, we were misled by the satnav into another landmark, which actually brought us back to Spain! Pagogaña, a mount by the cross of the deserter of Pio Baroja, inhabited by herds of Basque cattle. We had a coffee and a stroll around the old militar fortification there.

We spent our second night on the banks of the Tarn, nearby Montauban. In the morning, after breakfast, we could enjoy the playground there (49min), before visiting the city (11h00-13h07). Unfortunately, we had a campervan accident there, tearing off the toilet-door in a narrow street full with obstacles, which we had to cross to reach the parking spot. To make it worst, Montauban is not really an enchanting city, even in Christmas. It looks quite sad and torn, even the church is like crumbling on itself. The musée d'Ingres was closed for repairs, and we couldn't really find any appealing place to eat (discovering one of the most precious assets of the campervan, not compelling you to eat at any random place, just because you have to).

15h21-16h38 — On our way to Rocamadour, we stopped in Carlucet, just because it looked so cute. We wanted to have a quick coffee but ended up spending quite a lot of time in this beautiful village. Even a random place is full of history, in this case, a nice case is made by the compilation of the local teacher, M. Meulet [1]

16h58-19h46 — Rocamadour is a unique site. It is the 5th most visited touristic site in France, and has always attracted the interest of many people, including (as pilgrims) Roland de Roncevaux, Saint Louis, Blanche de Castille, Jacques Cartier (as a very small list). We have always wanted to visit, but never find the time. As a conclusion, we never go. We had no more time on this occasion but still decided to give it a try. We arrived quite late (captured by Carlucet) but this was still rewarding as the place was, surprisingly, virtually empty. We actually had to close ourselves the doors of the old Sanctuary!

15h02-16h14 — We made a stop in Saint-Saturnin, which we had already visited in December (2012) (a fact that had escaped our attention at the time). It was funny to see that we got quite a similar visit, enjoying the same details (such as decorations of the door, the same gargoyles, the same balconies, the same houses...) 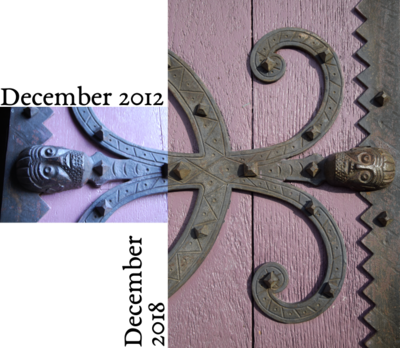 Details of the door of the Notre-Dame de Saint-Saturnin, as it caught our attention on 30 December 2012 and 26 December 2018, with no recording for the 2nd shot of the 1st. They are scaled down to the same ratio and without any image processing, to also compare the evolution of our camera-capture capabilities.

16h52-18h27 — A short stop nearby while there was still light. The village itself has little to see but is a popular name for travellers. We enjoyed considerably a library (le Chien qui Louche) where we bought a series of children books, including the eponymous work which the owner used to very effective effects [2].

We drove a long time during the night to sleep by the beach, because that is just the most agreeable, to wake up by the Sea. Elena found this point near Bayonne, and we spent the morning there. The beach was full of countless beautiful little stones, clustered like stars and galaxies in a universe of sand. Julia spent much time with her mummy collecting the most precious ones.