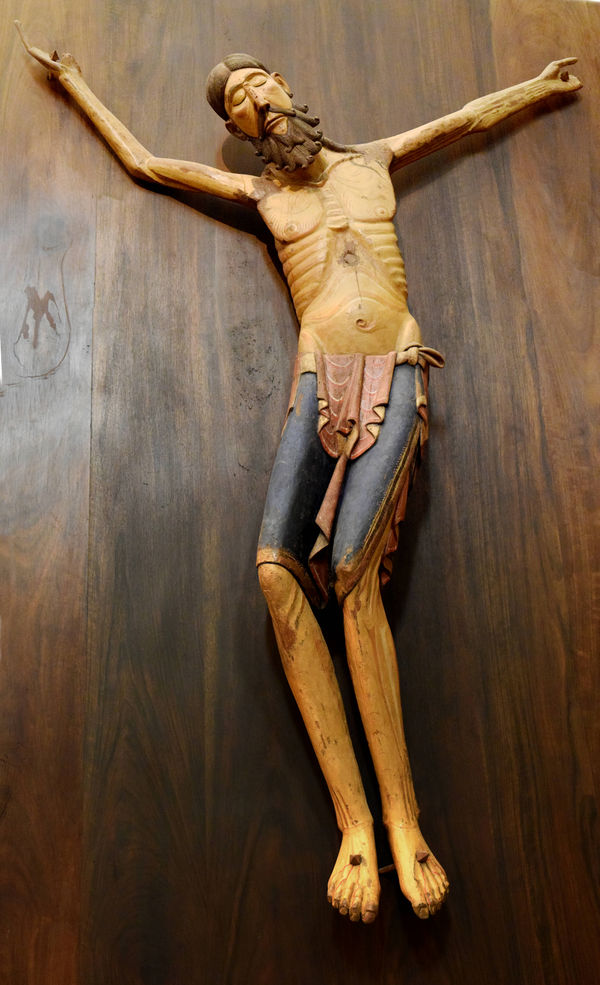 This page is still largely in progress. For a while, this is just a place where I collect interesting material—mainly quotations—on the issue.

The best dialogue in literature comes with Moses asking his name to God, who replies: אֶהְיֶה אֲשֶׁר אֶהְיֶה (I Am that I Am)

Simon Cozens compiled which words Jesus uttered the most and made up a nice and inspiring words cloud: 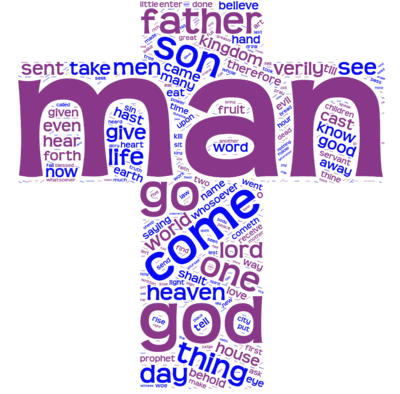 When asked for a proof of God, Muhammad split the moon, and people turned away scorning this as black magic. When Gödel formalized Saint Anselm's ontological argument and proved by cold logic that axioms on "positive properties" led to the conclusion that something had to fulfil all of them and be "godlike" in this respect, people turned away saying the axioms cannot be true or that their interpretation was not a scientific matter but rather a theological one. The miracle of Fatima also fails to convince despite its tens of thousands of witnesses including those who came to make fun of these that were expecting the announced revelation. What could convince, then? This is where "faith" comes into play. This is an intimate, personal conviction that makes you "believe". In absence of faith, you are left with the agony of doubt or, on the opposite of faith, in the unshakeable conviction that it it not true, despite Gödel and Fatima. In the book of Ezekiel, God reveals himself in a provocative if not comical fashion, in the form of a being with four faces, those of a man, a lion, an ox, and an eagle, as well as four wings and other extra details for special effects. God proving his existence to those most resolutely opposite to it must be one of the most refined and sophisticated type of entertainment. God meets Voltaire, God meets Dawkins, God meets Laplace and Spinoza, the ultimate comedy shows!

Modern setting of the gospels

A fascinating aspect of religious art is its timeless character, with artists representing biblical themes in the setting of their own time. This becomes particularly interesting when cast in our contemporary world that is unlike any of the previous ones; this is also original as religious art is now much less productive than it used to be for centuries on.

The painting below, that we contemplated in Bangor's cathedral during our 2017 Easter trip, is an interesting illustration. 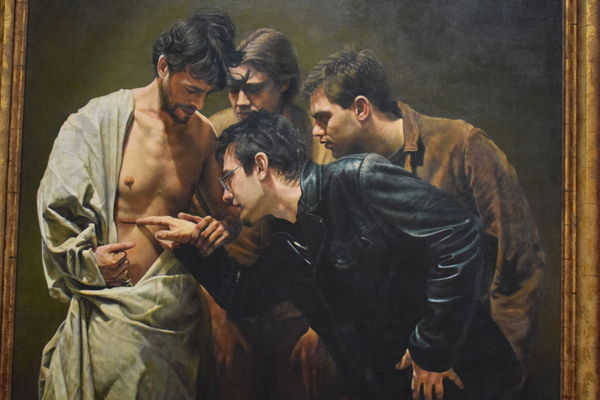 Meeting God is the ultimate humane adventure. Of course, in the case there is no God (or "nothing" to meet), the adventure takes place only in our imagination of what it could be, which limits it severely since we are so crippled and sensitive only to what we are used to. That still makes it the supreme humane adventure.

The theme has of course be explored in arts, both literature and on the big screen. One could try to get a glimpse at how it would be through other experiences of "revelations", such as a baby hearing for the first time.