Jean Giono (1895—1970) is a major French writer, writing on the adversity of the humane condition, especially when it estranges itself from the natural elements and tries to dominate more powerful forces than he can cope with. 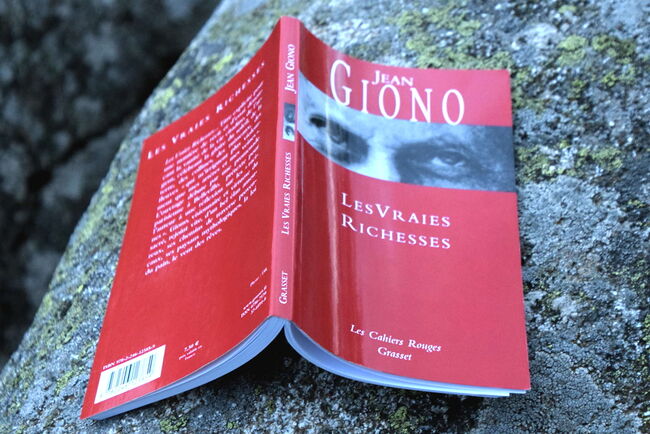 He is the author of the majestic Un roi sans divertissement and other important novels such as:

He can be seen as the grown-man version of Marcel Pagnol, the two being possibly the most iconic provincial authors. While Pagnol was writing for a wider audience with entertainment in mind, as well as on much simpler if not childish themes, Giono was of the Universal caliber, inventing literary narrative techniques and recurring to complex, subtle and far-reaching stylistic prose, while embracing the infinity of the human condition, although cast in a Provencial setting. Pagnol's success with the movie industry, in fact in part with Giono's own pieces (such as Regain or la femme du boulanger [extracted from Jean le bleu]) led to some tensions between them, with Giono replying to Pagnol's explanation of how he would adapt one of his work: «Si j'ai bien compris, vous voulez faire de mon roman une galéjade!» (?!). Giono tried himself directly to bring his novels to the cinéma, with Crésus maybe the most notable work, where he sought innovative techniques as well (such as 360° span of the camera capturing crows flight over the dining assembly). We remain to see the movie adaptation (that he also did) of Un roi sans divertissement", whose music was written by none less than Brel.