Carlos Sánchez, who has all the talents, composed a song (El Vals del vampiro), for which Elena, in a sequence of events that I did not follow in details, came to compose the lyrics. They decided to make a stop-motion animation to release the piece on YouTube (you can see the result here). At this point, I got involved for the minor technical aspects of assembling the artwork (also from Elena) into the said animation. These are the steps I followed to do so, which I store here mainly for my own recollection. 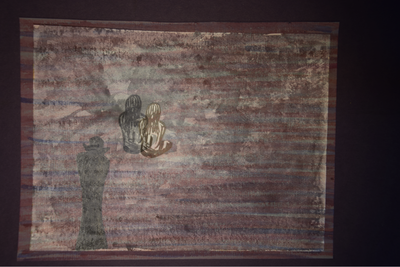 I used imagemagick for that, choosing the 4/3 aspect ratio which was that of the pictures. Unfortunately, our camera shoots in 3/2, so the part I had to do manually resulted to be slightly more than anticipated (see below). The automatic part I did by interpolating the size from the first frame to the last before the intentional zoom, to correct for the drift. This was most quickly done with Mathematica: 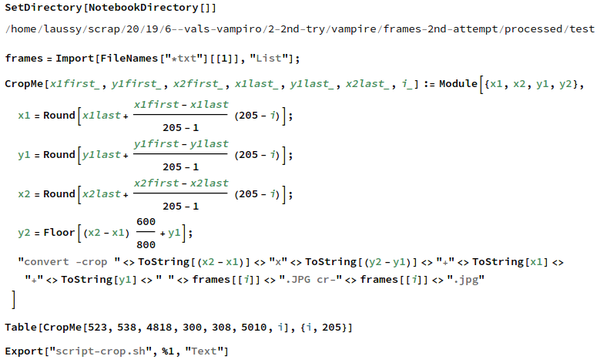 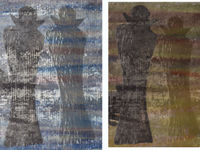 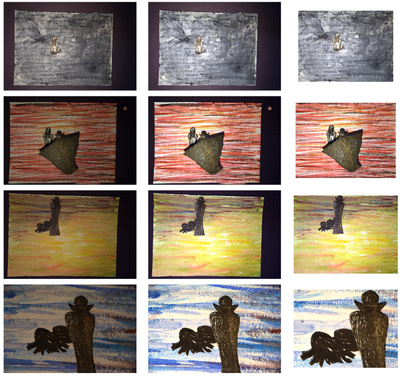 The automatic cropping was done from the first frame till the last without the manual zoom (DSC_6687.JPG), for a total of 205 frames, whose list was stored in a file processed by Mathematica. The frames where the manual zoom kicked in, I had to crop by hand since the boundaries then changed rather wildly. I initially thought this I had to do for only the few frames before the full image was captured but then the aspect ratio was wrong. This allowed me however to exaggerate the zoom beyond that allowed by the camera (digital zoom), which makes for a better effect, as seen from the snapshots above from the 1st, middle and last frames of the animation (actually the middle—yellow—frame turns out to be one of those that we removed for synchronization):

Finally, one can also resize the pictures before turning them into a movie, keeping high resolution (2400), although this proved not necessary (in the old times, mencoder would crash on big input files):

As I said, we had to remove some frames for proper synchronization with the song. This was done initially by hand, but for subsequent processing, we used the following command from the "removed" folder of the first set to remove the same frames between the subsequent batches:

And the actual rate turned out to be 215 frames in 91.8s, so 2.3402fps. Hopefully, close enough. The song is full of things to notice: "la nota final", the red blushing at the first evocation of blood, plus other tricks that I did not consign in this memorandum since we'll probably never use them again (such as the vampire transforming into its pure shadow).