Knowing where to stop

Clearly these are some objectives for a lot of people, as demonstrated by the distributions of ratings, that exhibit spikes at multiples of 100s ELOs: 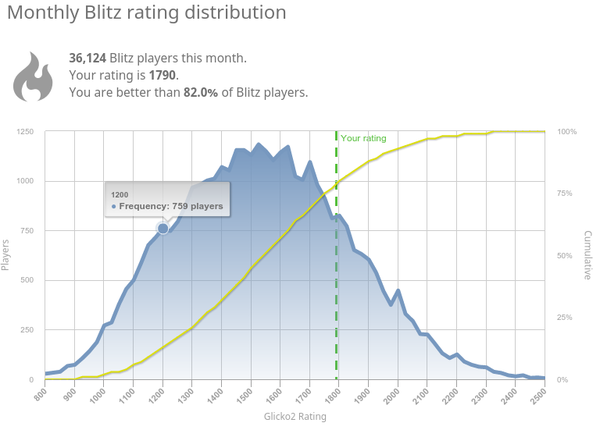 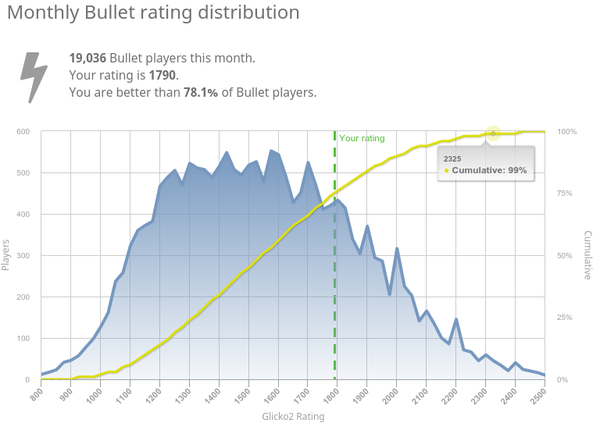 David set his own objective as "1600 in the different categories", which he however regarded as "easy", with some grounds since his top scores so far are 1640 in bullet and 1560 in blitz.

The key, however, is knowing where to stop. A loss is infuriating in the pursuit of this objective and having a last another go to leave it on a close distance is difficult to resist. However in chess that typically only makes its worst, making it start a positive feedback of vicious circles: