The first walk with Luz

Luz was born during the covid pandemic. We could still have her meet the world outside by bringing her round the iconic loop of roundabouts near Montecito, where we were having our night walks after Fabrice's operation. 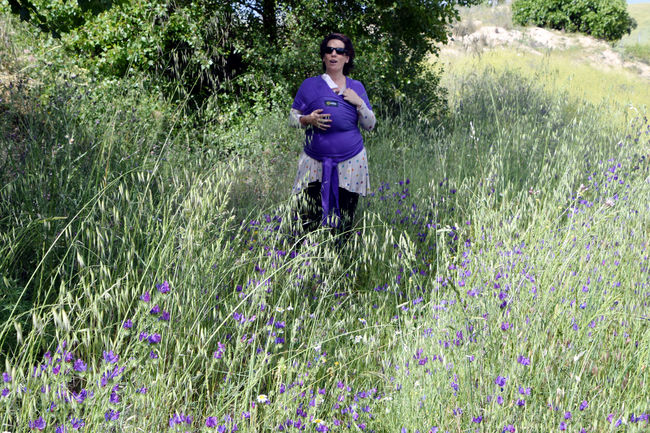 We went till the last roundabout, the Plaza de la Vega del Registrador, and Julia with Fabrice carried on from there on the little dirt path till the two towers, while Elena stayed behind with Luz on the phone. We admired the Pedriza and the Cero de San Pedro, which were legally out of bounds, but well in sight, a few minutes from home. The most beautiful part of the walk was our sudden realization that the arroyos, which we always had thought were long time dry dead, were actually pretty much alive, and revealed, not by the water itself, but from the carpets of flowers sprouting on their route from the elusive traces of their humidity. Luz, who was only 4 days old, spent most of the time sleeping. She seemed to be alert and intrigued as if realizing the environment, smells, sounds, were different, but she also quickly decided to sleep this off.