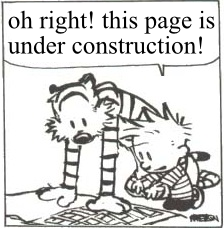 The Wedding of Rocío and Daniele

The recollections below are mine.

If you visit Puglia (Apulia in English), you will surely want to see Bari and Lecce, two blindingly white cities of sun and sandy stones. They rapidly become touristic destinations, however, losing their charm and identity under proliferating souvenir shops, stands of fast food and expensive drinks, fake trains and the horde of non-locals cluttering the streets. It is still possible, however, and easy, to stray a little bit off the big destinations to have a taste of real, untouched and unspoiled Puglia. Monopoly is one such destination. Another one, the first stop on our Sanvitto-wedding-expedition, is Bitonto.

Dating from at least the fifth centuries BC, the city preserved its old medieval burg from the really old times and preserved the elderly Italians chatting on the doorsteps with a distant eye on children running in the streets from the younger old times. The Cathedral (Cattedrale di S.~Valentino), from 11th-12th centuries, is a jewel of Romanesque art and a prime example of the Puglia architecture, in fact a close copy of the Basilica di San Nicola of Bari (smaller but also, in my memory, more finely decorated). You can easily spend the whole day marveling at the corbels, that have little to envy to the French and Spanish accomplishments. The building itself is also imposing. If you don't know the difference between a pulpit and an ambo, Bitonto cathedral has two fine specimens standing next to each other (one is to preach, the other to read). According to the person guarding the crypt, the cathedral is the undisputed masterpiece of the Puglia Romanesque period. In a recent digging up of the floor, another flooring and artefacts of earlier periods were uncovered and are now displayed as part of an underground museum beneath the nave.

There is a lot more to see and explore in Bitonto. If only the building standing by the cathedral, that almost looks like a normal house with the typical Italian grandmother contemplating at the vacuity of life or merely looking at the children playing, there's no way to tell. It is in fact the Palazzo de Lerma, linked to the cathedral through the majestuous Loggia delle Benedizioni. We were also particularly impressed by the door to the "church of purgatory" (Santa Maria del Suffragio), with an intimidating representation of damned souls burning atop two skeletons standing nonchalantly on both sides of the door with a chilling, and regardless of one's belief, implacably true judgement: qua hora non putatis (at an hour you don't expect), veniam et metam (I'll come and I'll kill).

Lecce is a fantastic place. We never have enough time for it, we always go there for something else and we always know that we'll be coming back. It might be the most beautiful place of this part of Italy, that is also the less famous one. Imagine Florence or Venice without the touristic frenzy. That would be like inventing them, as there is such an effort of imagination needed to see the Renaissance behind what became an amusement park, that you get a better idea of such places by not going there at all in the first place. Sadly, it seems such treasures do not remain virgin for long, and Lecce is starting to become one of these off-the-beaten-track destinations as more and more tourists can be seen in the streets, auguring the crass masses cluttering the streets. I think they already have a little train now.

For the wedding, we spent little time in Lecce itself. We arrived late at night and the "reception" of our place was unattended. Elena proposed to query people nearby at a terrace, an idea that I found ridiculous and that prompted me to walk away in the typical modern world's embarrassment to ask anything for free to anyone you don't know. It turned out that more than the owner of the place, they even knew of the event. It was a strange but agreeable feeling, as if in a village where everybody knows of everything and feels involved at some level. This little group let aside whatever they were doing and started to call around, the neighbors by directly shouting at them in the square, the friends by phone, until someone finally knew where to fetch the "receptionist" who arrived overly apologetic and performing a little show of Italian acting—with the hands waving around and an accent so strong at some point I really felt he was actually singing—except it was not acting and everything was true. We then moved toward the house of the fiancés, where we found them hanging at the window, smiling at a crowd gathered in the square below singing in Italian and Spanish.

The wedding took place in the castle of Acaya, a small fortified village nearby. Here also, everything is white. The castle has a trapezoidal shape, typical of fortresses in this period. It's a small but imposing one.

Most people were dressed up to fit with the décors. I was surprised to find my own attire quite comfortable, especially the tights, and that you get an immediate boost on your look and aspect, dignified by something a bit more refined, elaborate and, in fact, even more civilized than our modern but dull western-style business suits, as sophisticated as a packaging box. It was a big topic of conversation of course and the idea that people changed their behaviour owing to their appearance was a recurrent theme. I got all purple and Elena in pale green. The bride was, of course, all white, and the fiancé in colours of gold and topaz. Elena sung the Schwanengesang from Schubert and an adaptation for the event of Memory from the Cats musical. She was accompanied at the guitar by a prestigious sidekick of someone famous, although nobody we know that could have told us of whom could remember the name, despite confirming this mysterious information. Of course, there followed the copious buffet of a wedding which, in south Italy, you can imagine is both plentiful and succulent.

The event attracted a wide attention and various medias amply reported it. I was dismayed to see a reporter commenting the scene for the TV with a cameraman and everything, the latter lifting a giant camera on his elbow, the face engulfed into the viewfinder (you would think these things get miniaturized as well). I couldn't imagine what she was reporting (it was quite noisy and I wouldn't have caught her drift) but she stayed like for a good half an hour, talking without interruption. We spent a lot of time the next day browsing through the local news, filling pages about the beauty of the bride and the prestige of the husband who arrived like a king, on a horse with monks (one of whom took the dressing up so seriously he shaved his head). The event even got reported in la Repubblica (that has more photos and more interesting ones). In Lecce, it is still being spoke about months after by what seems to be just everybody.

On our way back from Lecce to Napoli where a plane would bring us back to Spain, we stopped at various locations of interest. The first was was Castelmezzano. By a coincidence for us, but betraying the deep and mangled threads of history, the gorgeous Palazzo de Lerma (in Bitonto) of which I have spoken above was commissioned by a duke of Castelmezzano. It is a village in the provincia di Potenza that hangs in the mountains. This strange location was chosen by its founders with the idea of rolling stone boulders on invaders, an approach not that common in urban planning. It might have served the purpose but in the 19th century, geography bit back and favored brigandage with rich natural hiding places among the rocks and lush vegetation~[1]. Today it offers a pleasant Italian village scattered on a mountain's flank and, as we discovered, hosts two giant ropeslides, volo dell'Angelo (fly of the angel), linking mountains the one from the other. It took a bit of convincing Elena but we took advantage of being there and jumped into the vacuum sliding over valleys, rivers and other mountains, plucked by a thread of metal.