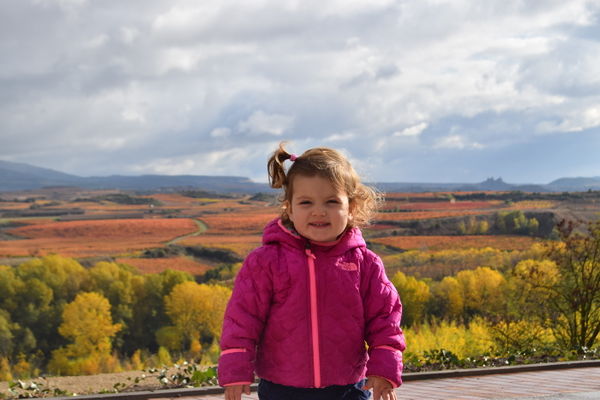 On our way was Atapuerca, one of the major archaeological sites worldwide, where the earliest and most abundant evidence of humankind in Europe is found. This is still in Burgos province but a destination on our bucket list, so we took advantage of visiting la Rioja to stop by. Because of the wine culture, the area is not culturally well-defined anyway, and Atapuerca's resources come, like the wine, from its peculiar soil properties, so it is a good first step to see what has been planted in these grounds in times immemorial before tasting what we now cultivate in them.

Haro was our big destination, where we had the cata de vino in the Bodegas Bilbaínas.