Palacio is a neighbourhood of Madrid.

It is geographically where the now-capital of Spain was funded, under Muslim rule and with the name of Mayrit. This is also where reforms and urban planning took their larger tolls, so that the oldest remains of the medieval city are now to be found in Sol, which was before at the outskirt.

This painting from Carlos de Haes in the Real Academia de Bellas Artes de San Fernando, shows how Madrid looked like in the middle of the 19th century: 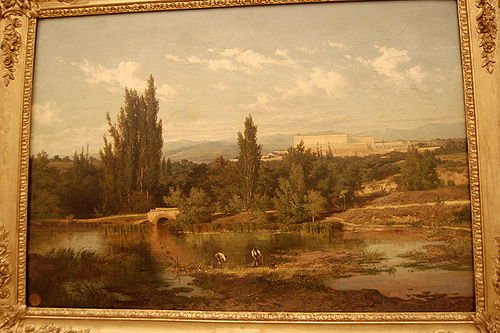 Madrid paid tribute to its origin with the Parque Emir Mohamed I, named after محمد بن عبد الرحمن الأوسط (Muhammad I), the Umayyad emir of Córdoba who founded the city as a military lookout in the mid-9th century. On the Week-Ends only, this park styled à la Al-Ándalus opens its gates to let you admire the old Muslim walls that survived to this day. They now stand below the cathedral of the Almudena, which replaced the Al-mudayna. The walls and the cathedral provide an abyssal contrast not only in their faith but also in their age since the cathedral holds this title since 1993 only. 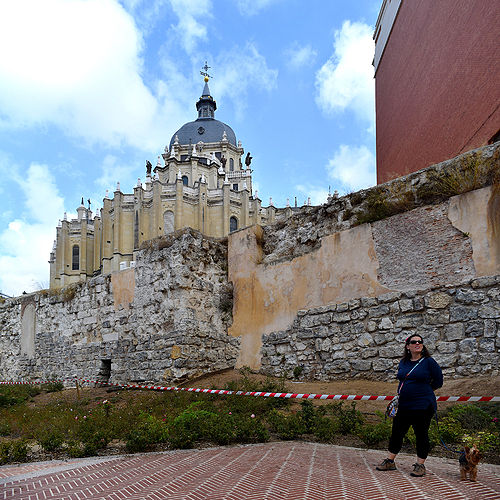