Liverpool was Europe's Port to the Americas. It is one of the famous symbols of England, the cradle of the Beatles, it is now a thriving city with a good quality of life and many museums. 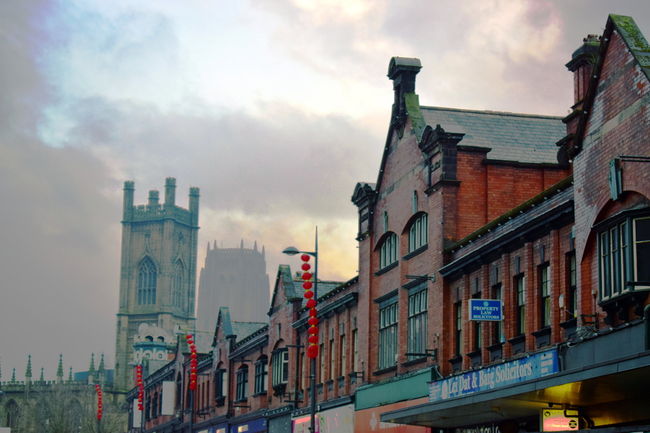 It used to be the second city in England, boosted by its port activity, but with the latter's decline, it lost its importance in the 20th century. It is also infamous for its key role in the slave trade.

These are some pictures from our March (2018) visit.

We have been touring the many museums, including the Beatles one, which is not, however, interesting (more for the fetishist kind of people). The slavery museum is also disappointing. Others (Tate Liverpool, Liverpool museum and World museum, are worth a visit). The real highlight, however, is the Walker gallery, which hosts many pieces of top-international importance and an impressive exhibit overall. The docks are not particularly stunning but their importance and fame is such that you can't help but feel in a privileged spot of British history. The Anglican cathedral was a pleasant surprise. A recent building (constructed between 1904 and 1978), it is, like the Sagrada Familia in Barcelona, a treasure of crafted architecture, with many details and a complex and symbolic architecture. It is also the largest religious building in Britain. The streets of Liverpool, such as Bold street, are bursting with activity and nice restaurants, while others, like Renshaw street, offer magnificent views of the city.

One of the highlights of our visit was the Walker Art gallery: