The Godfather is a cocktail that belongs to the duo drinks family, in this case, whisky and amaretto. The mythical Disaronno is a favourite choice for the latter. The cocktail is believed to be named after the famous/successful Hollywood production [1]. 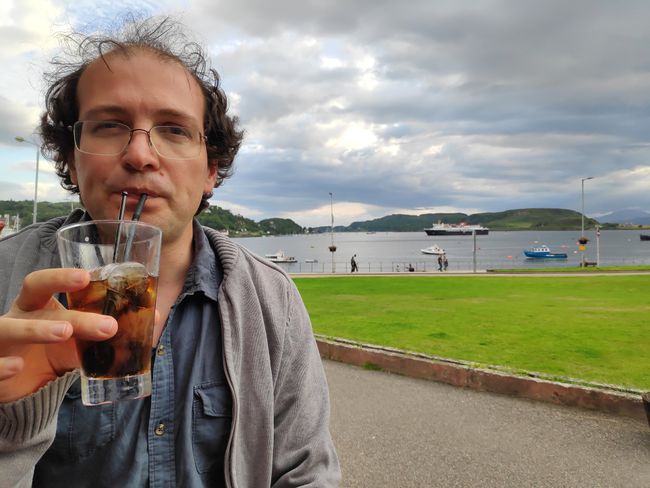 In Oban, we tasted a variation that adds lemonade, which turns it into a much more interesting (voluminous) and gripping mixed drink, able to intoxicate you within seconds, especially with scottish islands in sight. Oddly, most sources debate on the proportion of the respective dueling parts [2][3] but we found nowhere where the sparkling addition is offered. An highland insight.

Within the catholic rite, Fabrice is Antoine's godfather.