Since 2012, there is no need of recording publication metrics since Google Scholar made them open access for everybody. So if you are interested in my current metrics, head this way.

Or see the actual publications instead.

Google Scholar is a fairly good marker of publications, as it is freely accessible and actually of higher quality than other engines (it has a little, but not much, contamination from spurious citations, such as abstracts in conferences, unpublished university thesis at the undergraduate level, etc. However it catches most of them, and it is better to put some that shouldn't be than to miss others that should).

for the first 20 entries: 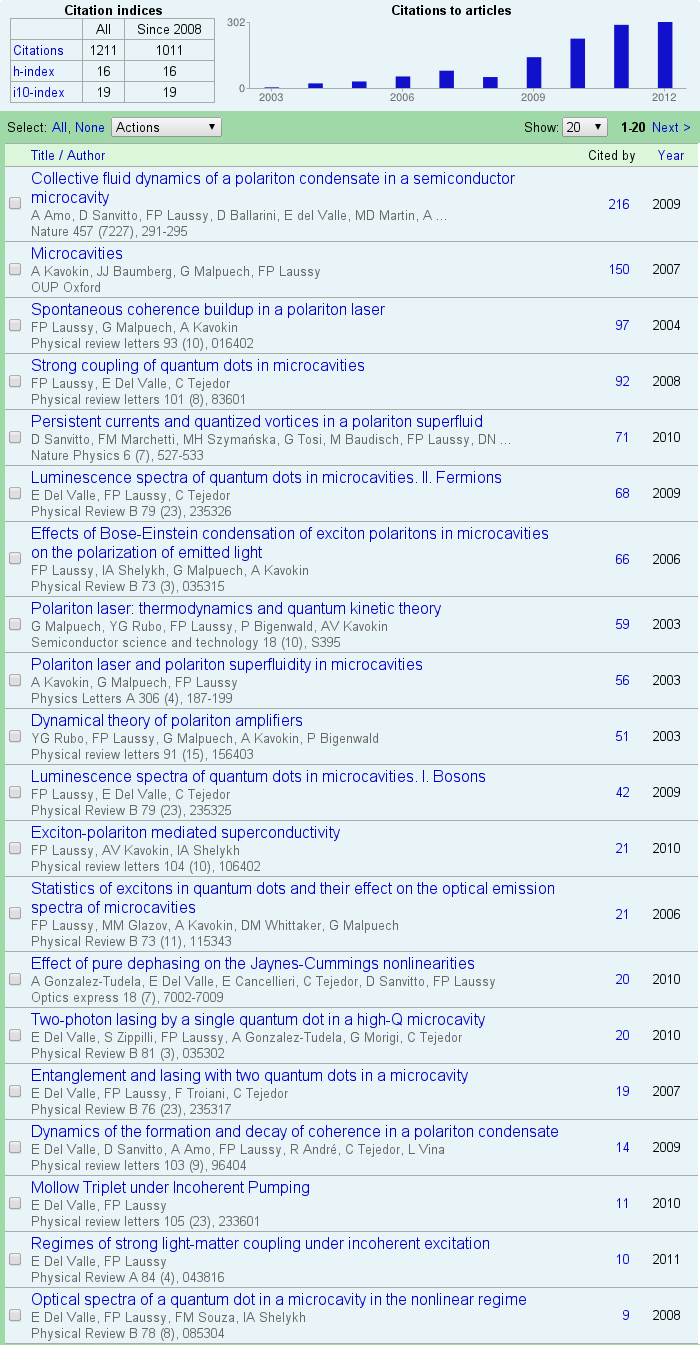 This tool seems less stable (data for past years fluctuate more) and less reliable then Google Scholar. The main inconvenient of the ISI WoK though is that it is not freely available. 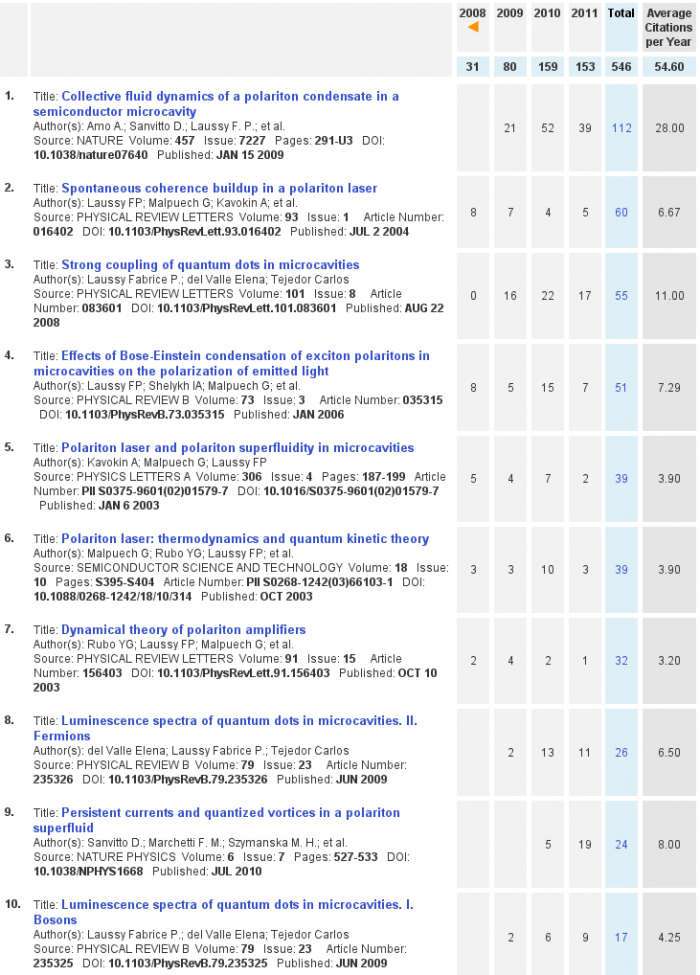 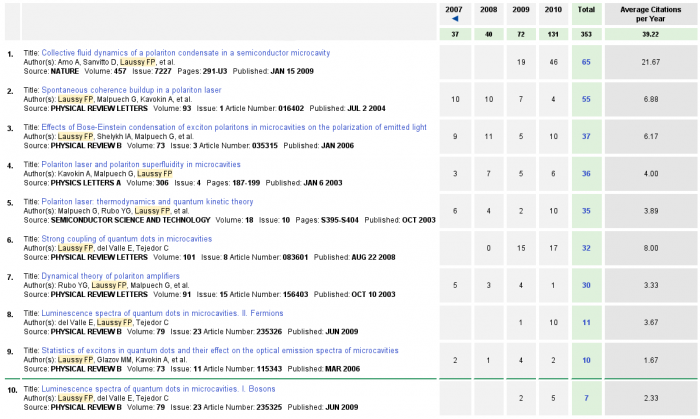 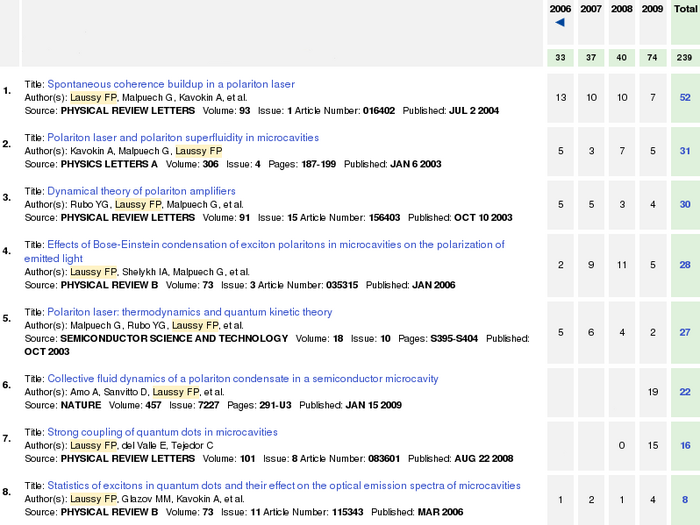