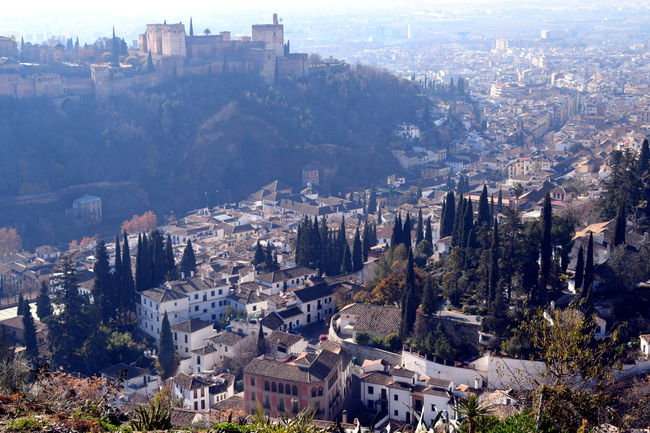 Granada in Andalusia, Spain, is one of the mythic cities of the world, funded by the Moors and conquered by the Catholic kings as the apogee of their reconquista, for which reason they made it the nervous point of their new kingdom (they are buried there).

Its most famous highlight is the Alhambra, a military and palace complex from the Muslim leaders, in particular from the Nasrid dynasty. It became the Royal Court of Ferdinand and Isabella (this is where Columbus received his royal mandate for his expeditions that were to change the face of the world). Charles V built a palace at the heart of the Alhambra but eventually decided to move back to the North (in Toledo), and is himself buried in El Escorial, so that Granada had served its political purpose and would forever remain as the symbol of the defeated Muslim rule in Spain.

Granada was the highlight of our trip to Granada and the Sierra Nevada (December 2017).