Centro centro and the botanical garden

We visited the Real Jardín Botánico, which, in Autumn, is not much of an attraction. Therefore, we also went to see what the Palacio de Comunicaciones is up to, as we knew it assumed a different role than its former postal function. It is indeed now known as the Palacio de Cibeles and hosts the centrocentro cultural complex.

The royal botanic garden has a great collection of bonsais. The gardens are nice and peaceful, but nowhere like more interesting than those of the Retiro. Certainly this was because of the autumnal weather, and we therefore concentrated on the winter garden, which is pleasant but small and failing to impress. You can walk it through back and forth in two levels, which lets you admire the very tall cactuses from different angles.

From there, following the Paseo del Prado, you arrive to the emblematic statue of la Cibeles. Who is she anyway? (she's known as "Cybele" in English). She's a Goddess of intricate origin, in what is now Turkey but was previously Phrygia or Anatolia. She is the deity of different, sometimes contradictory, elements, with nature, earth, agriculture, wilderness as popular repetitions. For some reason, she is a symbol of Madrid. There, she guards the keys of the city in her hand and the water that will flood the Banca de España, in front, if someone should attempt to rob again Spain from its gold. The two lions that haul the chariot are former lovers who went a bit too far in a temple dedicated to the Goddess. You see her here reigning over a roundabout. 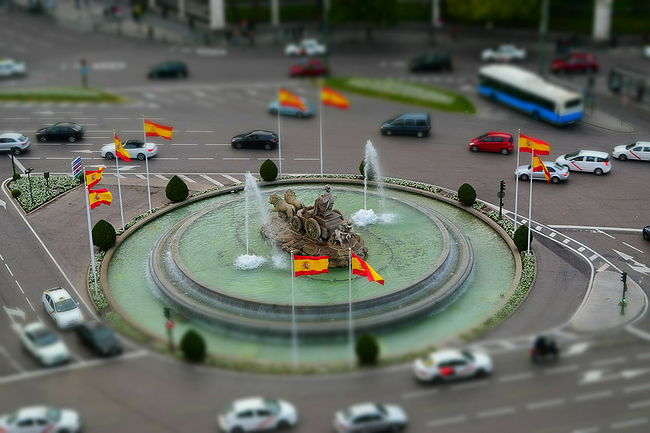 In the Palacio de Cibeles, we headed for the Mirador (2€), skipping the Colección Abelló for lack of time, which was however probably a mistake. The Mirador is, on the other hand, nowhere like a mistake: it's a great view of the center of Madrid from one of its flank, overlooking the Goddess, and in a quiet, peaceful atmosphere. Visits indeed run every half an hour but you can stay as much as you want. Since people get easily tired, in between two turns, you get the whole deck for yourself. In the building itself is centrocentro, with contemporary art at its utmost (the sort that leaves you in a mixture of shock and wonder). Of the most comprehensible, there was an exposition on the Cine Bogart, a failed cinema in Madrid celebrated here in its various struggles, including as a pornographic venue, and an exposition on the 25th birthday of the Berlin wall fall, with interesting (unfamiliar) pictures but, unlike the other exhibits, too much of an audience to feel like you got trapped in time. 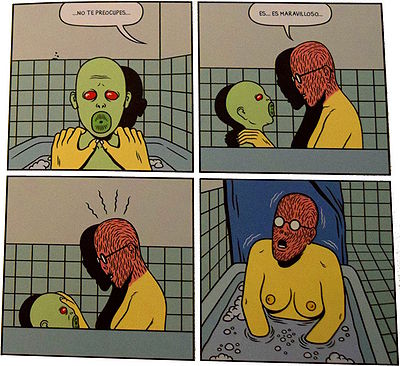