La plaza Mayor is the heart of Madrid.

Its location was right at the outskirt of the old city (Mayrit), when the Muslims ruled it. There was then damps, possibly a river. When the city expanded, it became a market and then the Plaza del Arrabal, which was a popular spot, both messy and unsanitary. Felipe II asked for its reform (in 1577). The construction started only under Felipe III's reign (in 1617). The Plaza Mayor as it is known today dates from 1790, as modelled by the architect Juan de Villanueva. It got several names, before taking the only one that does it justice and , namely, it was first the Plaza del Arrabal, then Plaza de la Constitución, Plaza Real, Plaza de la República, Plaza de la República Federal, Plaza de la República Democrática Federal and as a slap of all the previous names, the Plaza de Calvo Sotelo (under Franco). 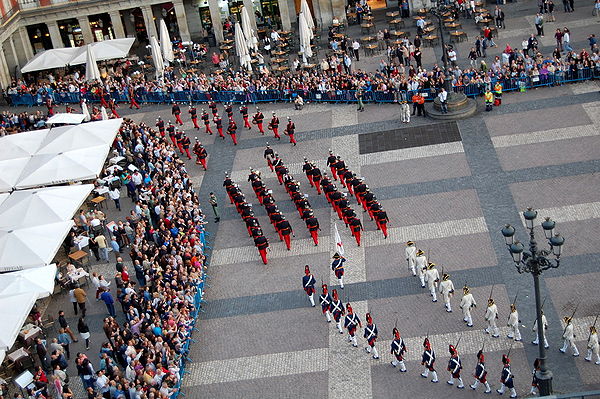 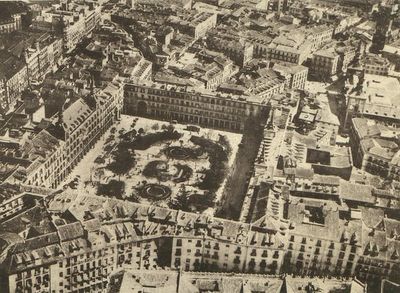