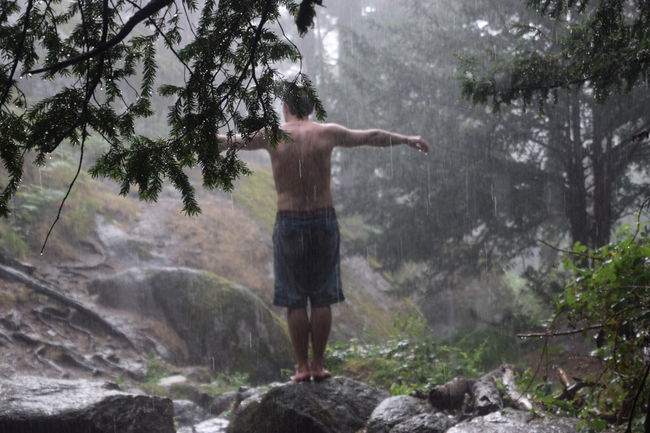 The one walk you should have in the Sierra de Madrid if you can make only one! For us it was a lengthier 8.78km loop, in a bit less than 7 hours (but only half moving), but this is an otherwise easy hike, though with breathtaking, emblematical and varied views of the mountain range of the sistema central, which we regard as the best way to enjoy this area of Spain. 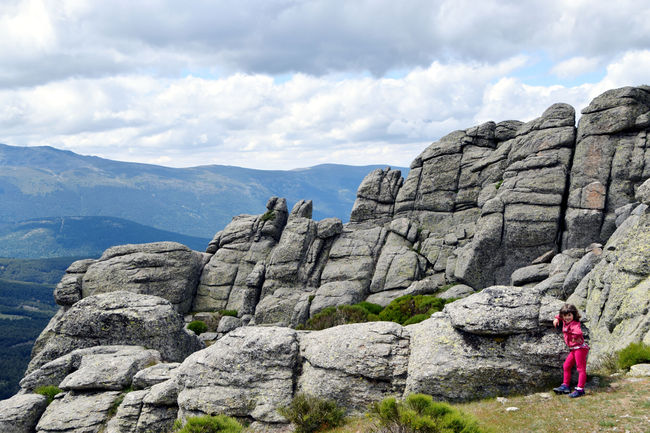 Download the gpx file for this track. In cyan, the main walk; in yellow, our first attempt the day before (Julia and Fabrice's going up and down & back and forth): 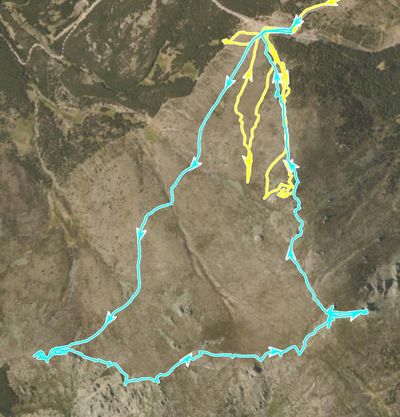 On 13 June (2020), with Julia, Luz, Elena and Fabrice. This one was special as our first big excursion following confinement (last before that was the Caer Caradoc in the Shropshire hills). We made two attempts. The first one, on Saturday the 13th, with a direct climb to the Najarra, was unsuccessful as we lost track of each other in the first big rock formation, where Julia and Fabrice were bouldering, while Luz and Elena were taking a path round, which led to the two groups disconnecting. The hiking was more challenging than we thought and we got defeated so we got back home. It was also the first time we got campercita out and all the camper-part was down, for some battery problem. Despite sore muscles due, for instance, for Fabrice getting all the way back down to the car and up again when not finding anyone here, part of which carrying Julia, we decided not to take this incident for a no, and returned. The next day. 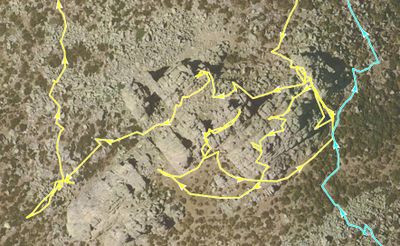 So, on 14 June (2020), this time also with Inma and Tizon, and going the other way around, that is, the gentle slop as an ascent and the sharp one as a descent (definitely the one we recommend), also starting slightly earlier (still very late by our hiking standards, c.~14:00), we finally completed the walk which, to our surprise, turned out to be, indeed, not difficult (it had been chosen for that) although not fully trivial in parts (see the images) but also, more importantly, truly outstanding with unique views on the cuerda larga, la Pedriza, la Cabrera, Madrid itself (!?), Tres Cantos (!?), etc., which makes this walk the one we'd recommend if you have only one to make in the area. View of Montecito (our Tres Cantos flat), shown by an arrow, from the Collado de la Najarra. We are behind the first line of buildings, so we don't have a direct view to these mountains. 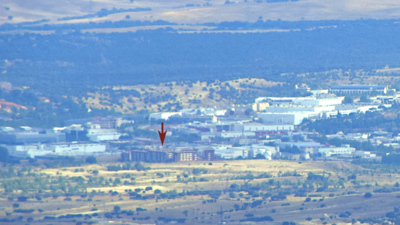 View of Madrid from the Collado de la Najarra. 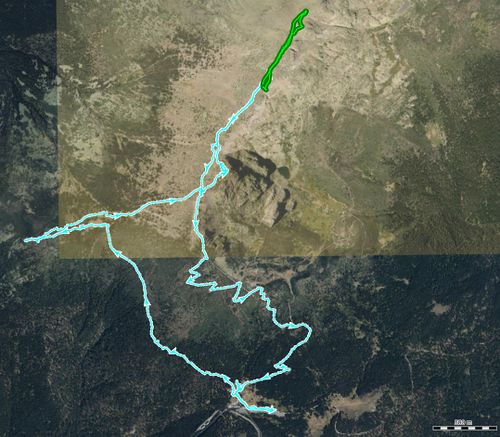 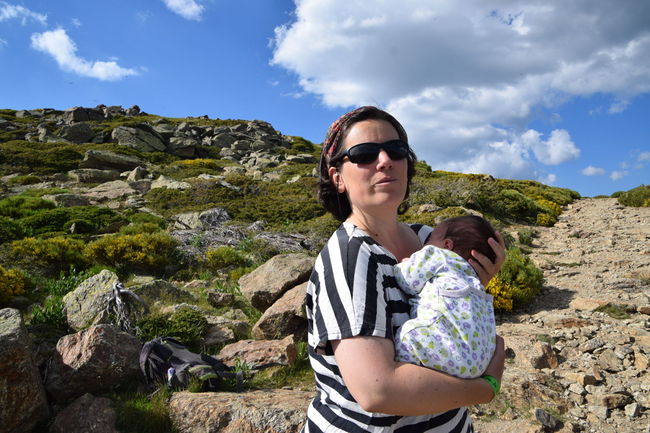