The Cerro de los Ángeles (mount of the angels) is a symbolic Spanish spot near Madrid (nearer from the less-known Getafe), identified as the geographical center of the Iberian Peninsula. 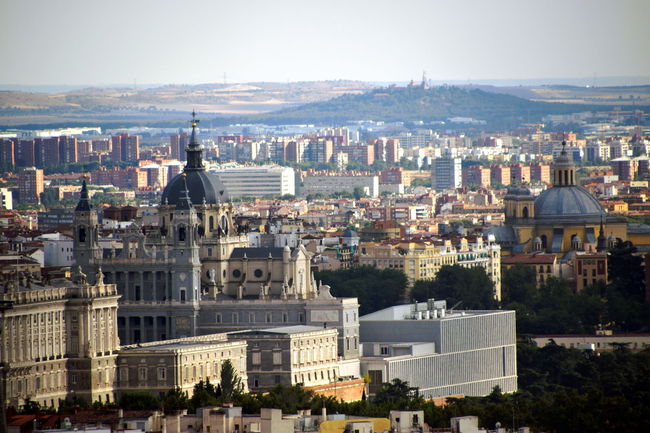 It is an inselberg (cerro testigo), which makes it a well-recognized highlight from the skyline of the south of Madrid, especially from Mayorcita where we have it straight in front. The view above is from the Faro de Moncloa.

There should be a fantastic panoramic view of Madrid from the cerro. Unfortunately, it is not one that is favored by the site. The so-called mirador affords a poor and partial view. You can get a glimpse through a wired fence on your way towards the Ermita, and that is the panorama below (the distortion is due to the wire). Could you get a clear view, you should probably be able to make a stunning shot.