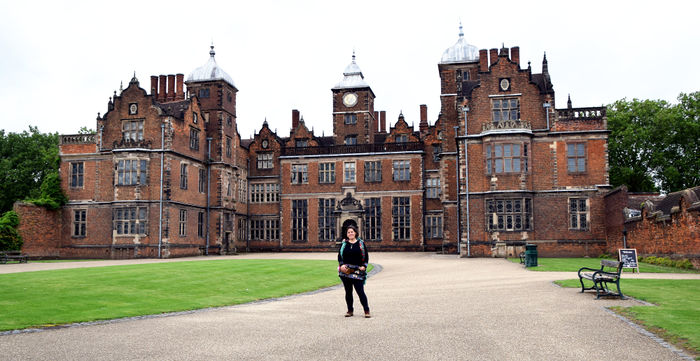 Aston is a so-called "ward" (district?) north of Birmingham, England, which hosts the Aston Hall, which is our main reason of interest with this place, which is otherwise not amongst the whereabouts enjoying the best reputation in the area. It is also fortunate that the mansion, a fine example of prodigy houses, was not demolished by Birmingham's crazy urban development, like the ill-fated Perry hall (with which it entered into a competition as to which should survive). There is a big motorway traffic there, actually, it's so dense, it gets one of these Spaghetti junctions. It's also a place with off-the-mean statistics, for instance, White British constitute a small minority and the population is overall very young and unemployed.

The main highlight of Aston, if not of Birmingham itself, is the Hall, which was built from 1618 till 1635 by a Sir Thomas Holte, a wealthy landowner who wanted to impress by building a magnificent country house, in the Jacobean style, being in fact one of the last to be erected in this style. King Charles I passed by Aston Hall on 18 October (1642) to, supposedly, assure himself from the support of Sir Thomas, especially as this one was in dispute with his son (Edward, who was a "groom" for the king, but whose wedding approved by the king but not by Thomas led to tensions in the family). Birmingham was a parliamentary stronghold during the English civil war and Aston Hall came under fire (the main staircase got damaged as a result). Thomas was clearly favouring more the Hall than the History of the country. Siding with the king, he still opposed the cutting down of trees in the park to defend the place. After it went out of the family (for lack of inheritance), passing by Watt's son who rented it, it later became the first historic country house to pass into municipal ownership, and was opened to the public by Queen Victoria herself. It is now one of the highlights of the Birmingham Museums Trust and a major sight in Birmingham.